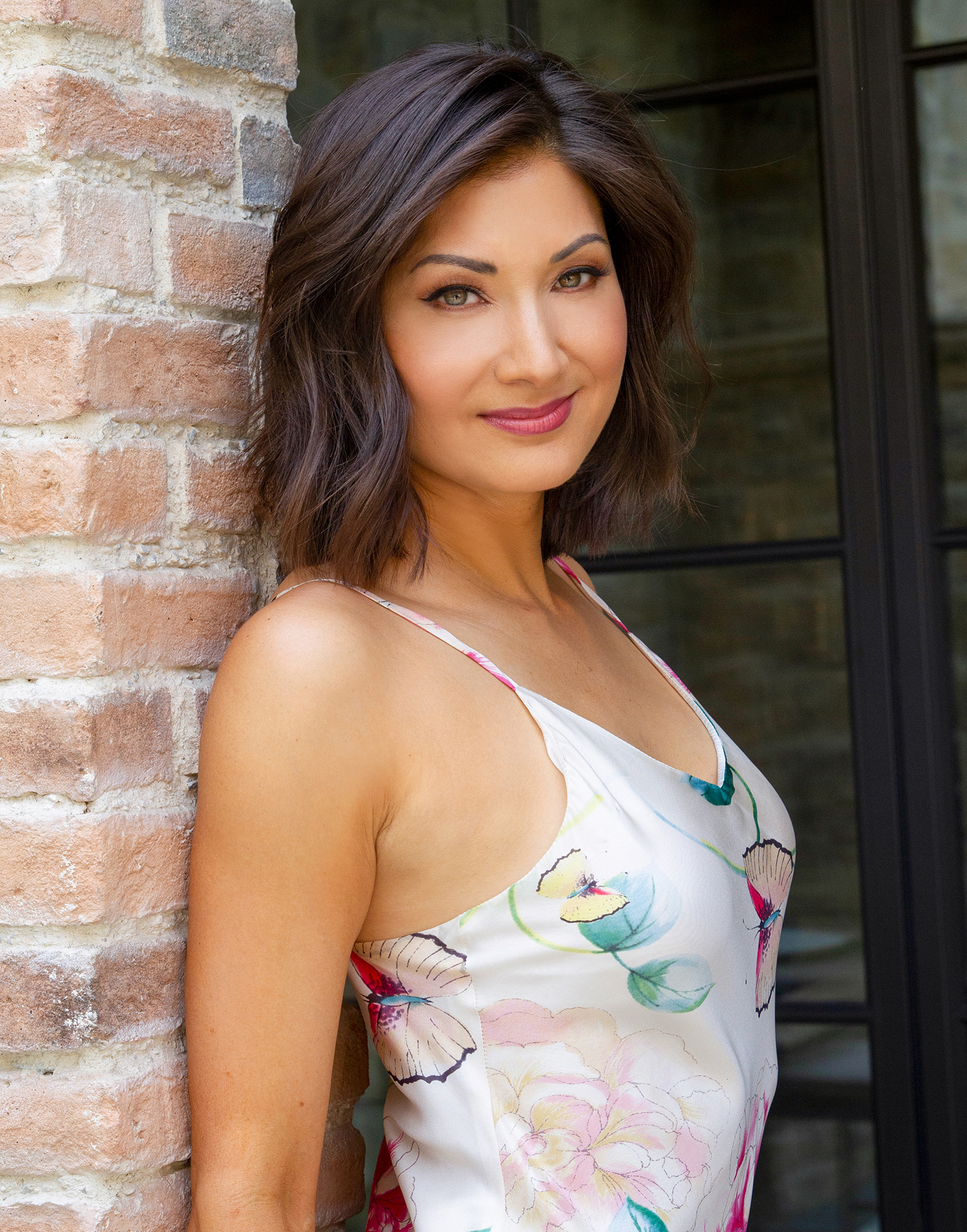 Posted at 23:17h in Fashion Blog, Fashion Forecast, Off the Clock, Style and Substance by Liberte Chan 0 Comments
0 Likes

By Anna Griffin, Editor in Chief

Liberté Chan is a beloved KTLA Weather Anchor, Reporter, Yogi, vegan and now Co-Host of their brand new show, LAunscripted. A sweet soul with certificates in Meteorology and Broadcast Journalism, a bachelor’s degree in Journalism and a master’s degree in Public Health, she grew up as a competitive figure skater in L.A. gaining national ranking in both singles and pairs. A breathtaking, but gentle and unassuming presence, Liberté is accomplished beyond most people’s ability, “I was nationally ranked when I was 12 or 13 years old, and it was a big part of my childhood,” she says. 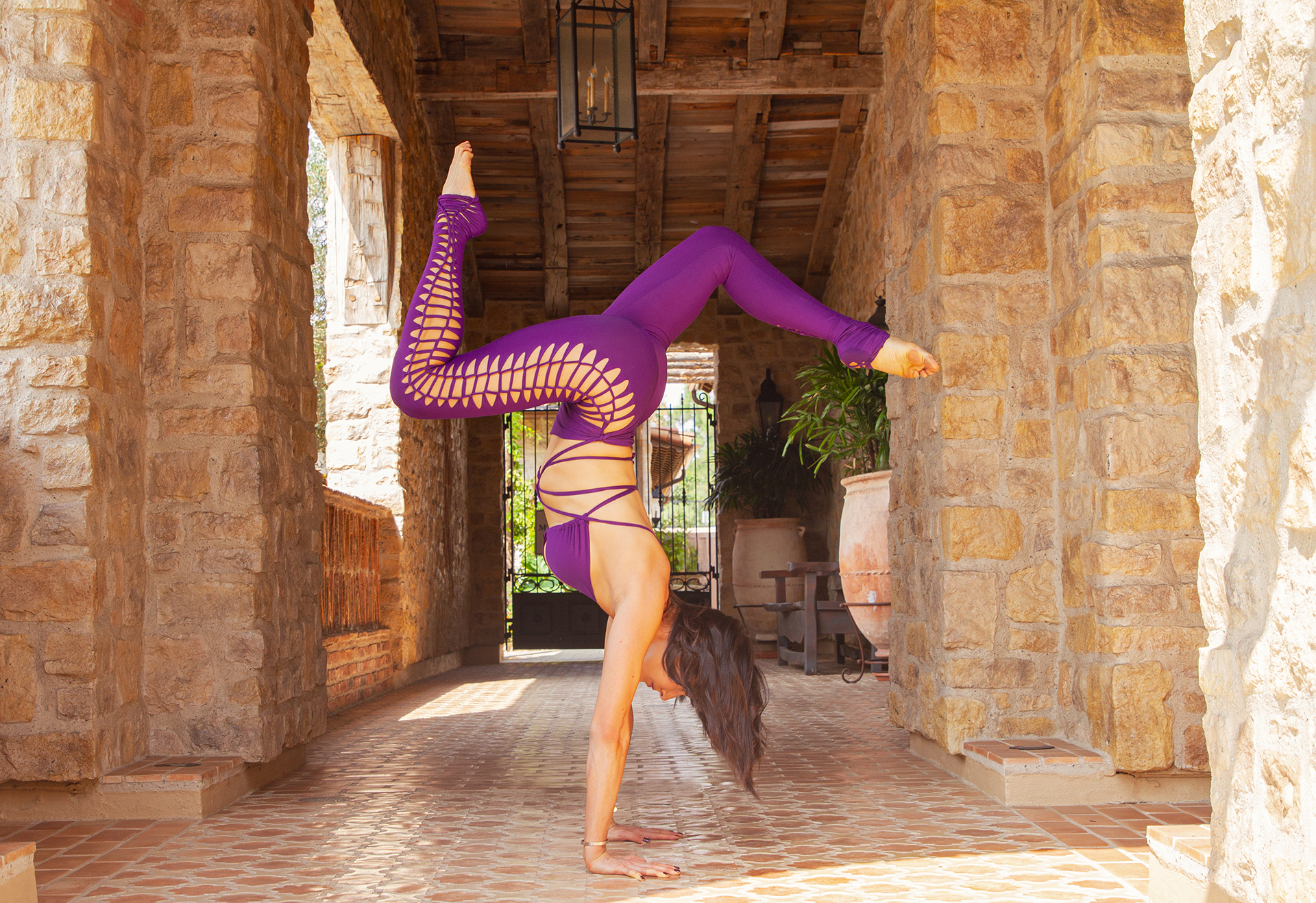 Introduced to skating by her two older brothers who played hockey, Liberté was encouraged to get on the ice, “I clearly remember just stepping on the ice and I was scared at first – I think I was crying – and all of a sudden it just clicked. I was holding my brother’s hand, but really, I was just skating around by myself, and I remember my brother telling my Mom “she’s pulling me!” After that my mom threw me into lessons, and I just fell in love with it. I felt so good when I was on the ice and I could just forget everything else. It was fun to move my body, and fun to jump and spin and just be a kid,” she says. Looking back Liberté is aware she didn’t have a traditional childhood, missing out on regular activities such as sleepovers and after-school sports because she was always skating, but also credits it for teaching her what shapes her life today, including hard work, practice and discipline.

With formidable achievements in education, Liberté says, “I think I am way highly educated and I don’t use it. I guess my Mom always pushed me to excel in education and sports and everything else, and I think I was sort of a little soldier. I listened to everything she said. She was a Tiger Mom, she was Chinese, and she drilled it into me and my brothers that we could have anything we wanted to do; we just had to work for it. You have to practice, you have to consistently show up, you have to commit, you have to just do something 100%, and when you do you’ll get to whatever goal you want to get to. I think she pushed me and I just took the ball and ran with it.” 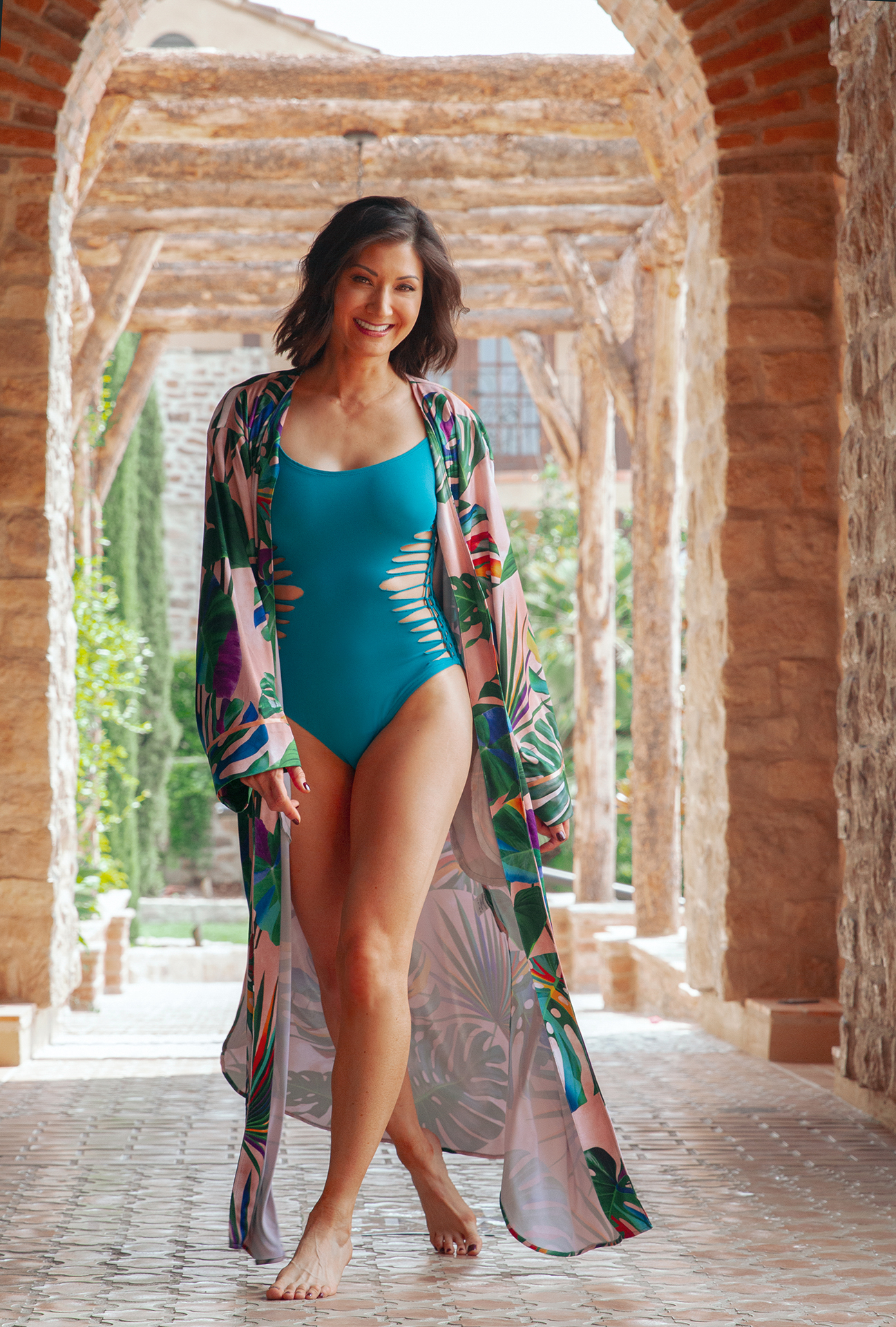 Growing up in a difficult home environment, Liberté found solace in skating, “I grew up in a household where my parents were divorced, and I never really bonded with my biological father and my mom pretty much raised three kids on her own. There was a lot of fighting in the household, and I used skating and sports to forget about what was going on at home.

There was verbal abuse from my father who was mentally unstable, so I used what I could do outside of the home to heal myself and self-soothe. My father became estranged from the family when I was a teenager and thankfully, my mom found an amazing man who she married and he became my dad. My parents were everything to me. I was very close with them. I lived with them for years after college – and I maintained an incredibly close relationship with them until my dad died three years ago, followed by my mom who just passed away this past March.

I am eternally grateful for them and I know I wouldn’t be where I am today if it wasn’t for their love and support,” she says. 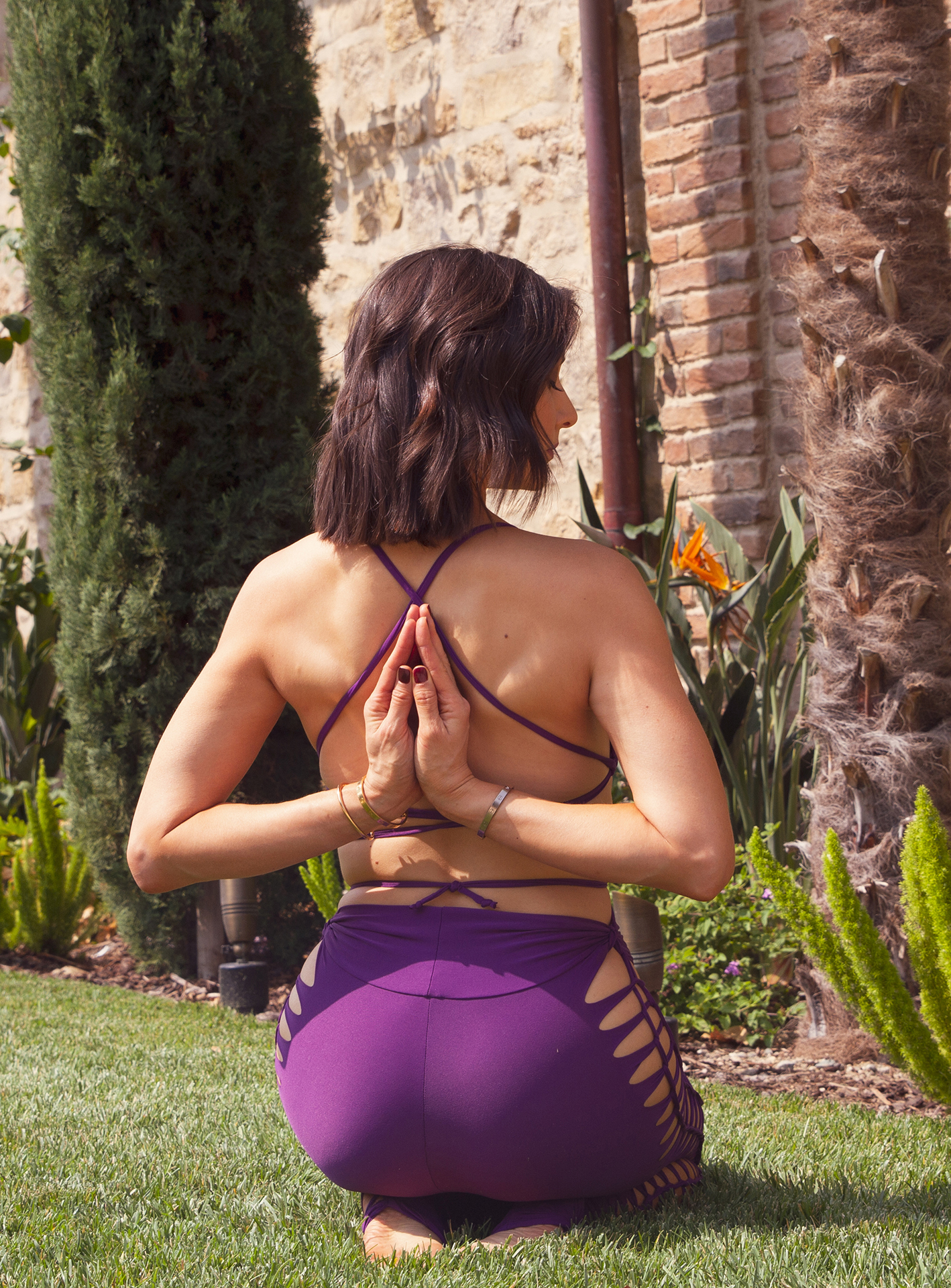 Drawn to writing as a natural therapy for her life at home, Liberté found her interest in journalism. As a child she was desperately shy, quiet and unconfident, “I could perform on the ice, but the second you asked me a question, I just shut down,” she says. And thus began her journey to learn how to speak to people and into a camera. Writing then became everything to her, which made her feel good as she watched L.A. TV reporters and weather anchors such as Jillian Barberie, who seemed to be smart, always look put together, and seemed to know everything to a young Liberté.

“Wow, I thought. People can just turn on their TV and you can broadcast all of this information to millions of people at once and really impact the public. That was fascinating to me and that’s why I wanted to get into news. I knew that I had a long way to go though, because I was an introvert and very shy, and I knew I needed to learn that skill,” she shares. Inspired by her mother to pursue a career as an Anchor while being open to all opportunities, Meteorology unexpectedly came calling, suggested by her Assistant News Director at KTLA, and channeling herself in a new direction, Liberté worked hard and practiced, learning the required skills to become a KTLA Weather Anchor within months.

While still being L.A.’s favorite Weather Anchor, Liberté now has a new role as Co-Host to Dayna Devon and Megan Telles on LAunscripted, KTLA’s new lifestyle show where she shares her favorite experiences in her Healthy Vibez segment. “It’s a dream come true . . . Many of my friends, people who work in news, have always wanted to host a lifestyle show,” she tells us. Taking her passion for health and wellness, which she regularly shares via her Instagram and website, Life of Liberté to the small screen is a dream job as she brings viewers on a journey “to get healthy, body, mind and soul, from the inside out,” across different locations in Southern California. “It’s this really fun show and I think it’s what people need right now. We find these hidden gems and these cool experiences here in L.A., and we package it together in a beautiful way that’s both entertaining and informational,” she excitedly shares. 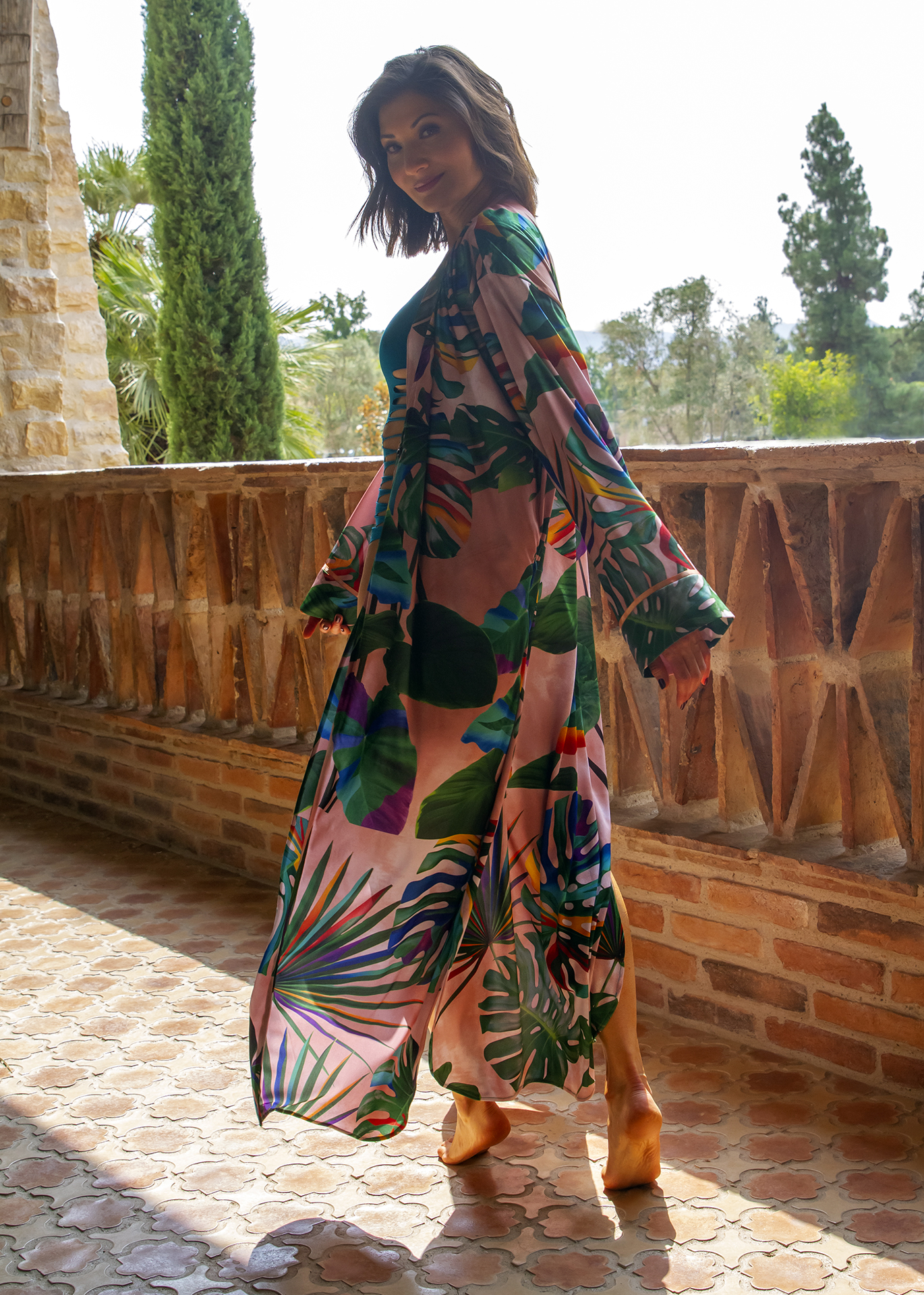 Beyond a stellar career, health and wellness is at the heart of Liberté’s life. A certified Yoga teacher since 2017, Liberté is regularly seen on her Instagram Stories displaying her incredible practice, “There’s always been a component in my life of movement because that’s how I feel my best, when I’m moving. It’s like therapy,” she says. Initially suggested by her mother to help her conquer stress in her early twenties, Liberté shares, “It felt so good to be present. It got me to that place that was sort of that same feeling I had as a kid when I was on the ice. . . It got me into that zone where I wasn’t thinking about the past, I wasn’t thinking about the future. I was just present, and that was a beautiful feeling for me. I felt good and I hadn’t felt good in a while.” Finding Yoga healing, it subsequently turned into what she describes as “an endless love affair,” which is now an important part of her life. A skill that requires discipline and practice, going to her mat when feeling off-center helps Liberté manage life’s challenges, “It’s a practice that just speaks to my soul,” she shares.

A passionate vegan, Liberté evolved from being a pescatarian a few years ago after seeing the movie, “What the Health,” which impacted her philosophy on diet, “I originally gave up meat for health reasons, and then started to incorporate animal cruelty and more spiritual things into my dietary habits,” she says. After learning about different proteins and listening to how her body responded, she now finds it really simple. It helps that she has a great boyfriend who is an incredible vegan cook, and is surrounded by some of the best vegan restaurants in L.A. While 100% vegan in her diet, Liberté admits to not yet being 100% vegan in her fashion and beauty choices, “Of course I would like to have things that are more plant-based, more cruelty-free,” she says. 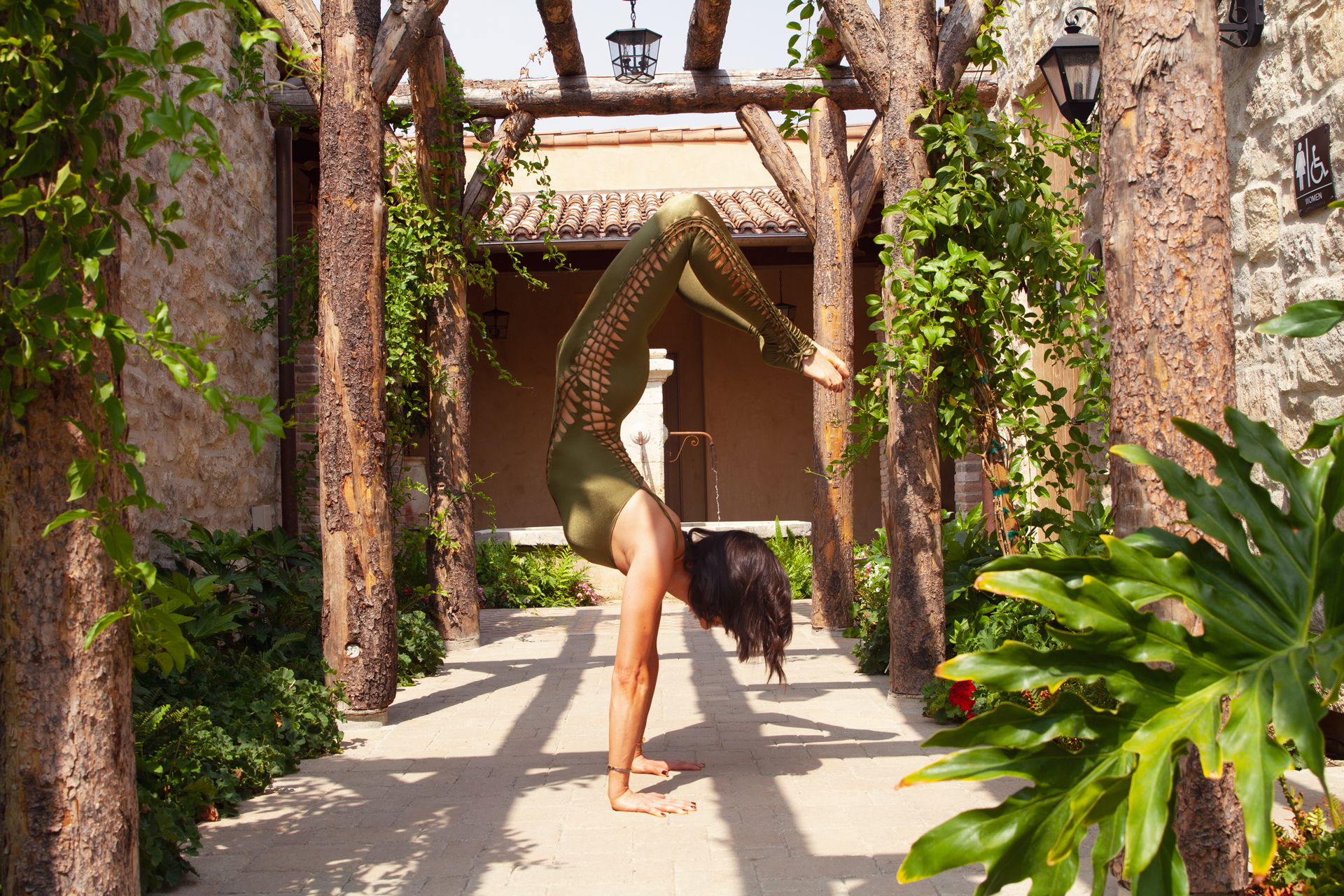 When asked what’s next, Liberté says, “A lot of shoots with LAunscripted. We have so many fun things coming up! I can’t share exactly what we’re going to do, but it’s going to be super fun and hopefully entertaining, and I think people will get information they can use. I’m almost finished with a book on Yoga that talks about the power of the pose, and what I have learned on the mat and how it has benefited my life off the mat. I just want to share things that have worked for me and made my life easier, and put me more at ease. I want to share this practice with other people. I figure maybe it can help others because it has helped me so much.” 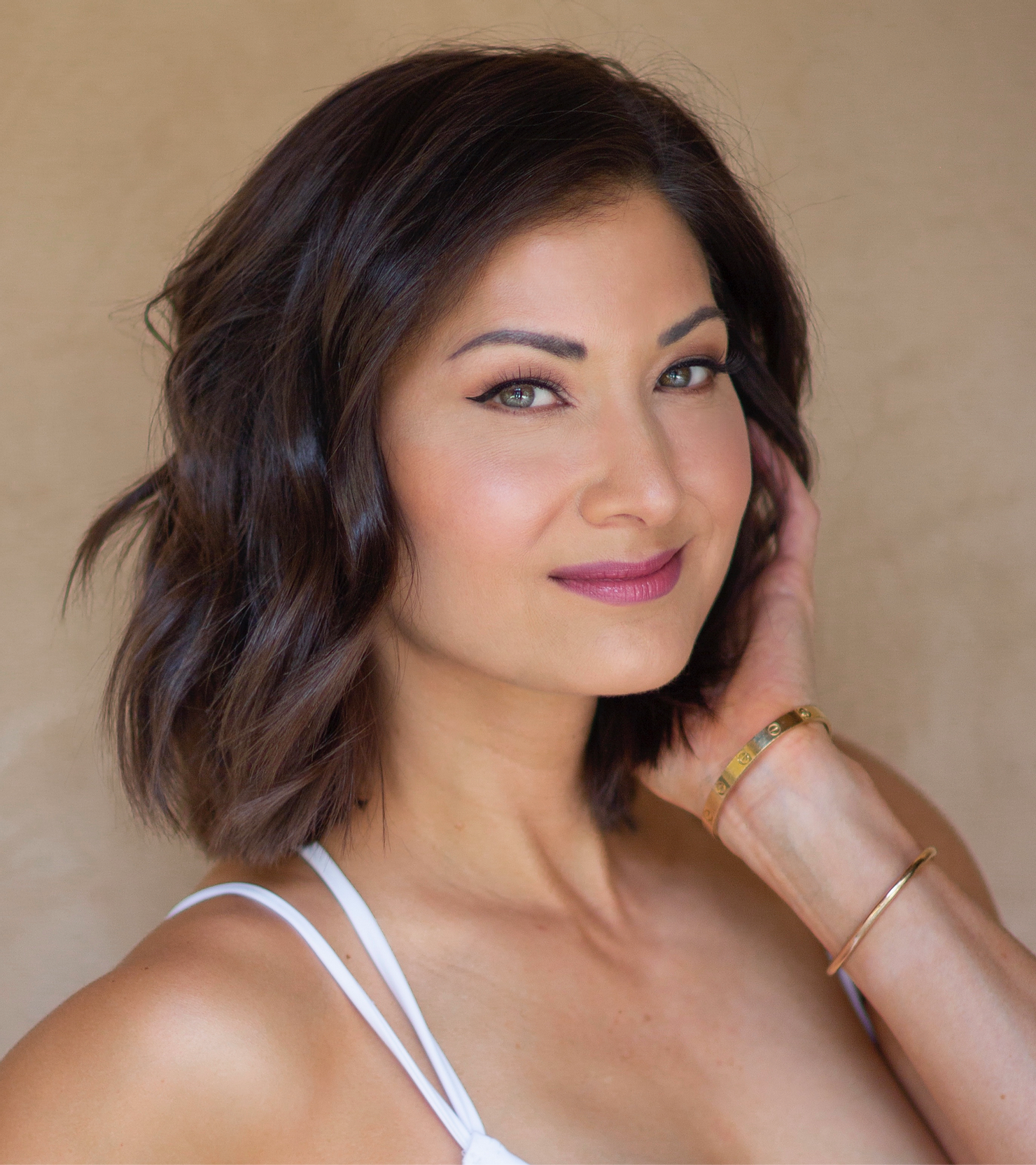 Graceful in all she does, Liberté exemplifies a fearless female, who while driven by discipline, practice and hard work, is refreshingly fun, unassuming and humble. She’s a force to be reckoned with, but in spending time with her you’d never know of her achievements. One of the few celebrities who is the same when you meet her in person as she is on the air, she’s inspiring and motivates anyone in her presence to want to be better. There are few women in the world like Liberté Chan, but with a little practice, maybe we can find our warrior within.

With kind thanks to Alex Cuilty, Spa Relais and the Westlake Village Inn for our beautiful  location 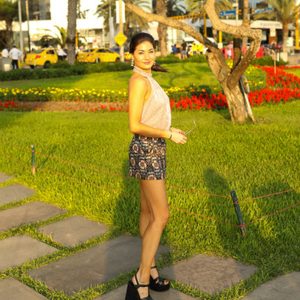